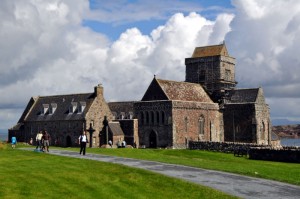 The Isle of Iona is a small island off the  west coast of Scotland, where in 563 Columba founded a Celtic monastery that was very influential in its own times. In the middle ages it was the site of a Benedictine abbey and over the centuries has attracted many thousands of people on their own pilgrim journeys.

The Iona Community was founded in 1938 by the Rev. George MacLeod, then a parish  minister in Glasgow, is an ecumenical Christian community that is committed to seeking new ways of living the Gospel in today’s world.

Click here for recent news from the Iona Community 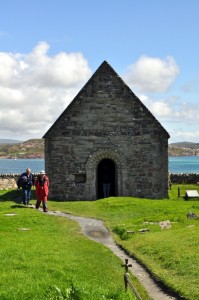 You may support the Iona Community and its work in the following way.  United States citizens, residents, and corporations may obtain income tax deductions for their contributions, within the terms of the U.S. Internal Revenue Code, by sending checks to the order of the Iona Community New World Foundation, Inc. in the care of Kirkridge, 2495 Fox Gap Rd, Bangor PA 18013

American visitors at the Abbey may leave checks in the office to be forwarded on to the Treasurer.  This foundation has been held by the IRS to be a tax exempt charity, and all funds collected are for the work of the Iona Community.  A receipt as required by the IRS will be sent to each donor.

New Plans by the Board of the New World Foundation

The Iona Community, over the years, has extended it’s reach far beyond the lands of Scotland as people around the world have become connected to the the movement through their social action and worship renewal. The current Board of the non-profit that works with the Iona Community in Scotland has realized that US Associates are yearning for deeper connection with the Rule, the ways of life offered by participation in the Communty’s commitments.

To that end, and with the blessing of the Community, we are moving forward with commitments to support and encourage deeper interaction with the community, including the support of current and newly forming ad hoc family groups of Associates.

Please keep watching this page for updates as we move forward with this work.

Statement about the New Leader of the Iona Community 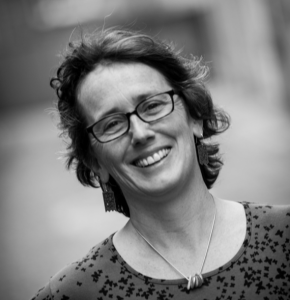 The Iona Community is very pleased to announce the appointment of Ruth Harvey as our new Leader.  Ruth will work alongside an Executive Director, sharing the leadership duties and responsibilities.  We have begun the process of recruitment for this post.

Ruth is a minister of the Church of Scotland and a member of the Society of Friends (Quakers). She lives in Penrith, Cumbria, with Nick and their three daughters. Ruth has been a member of the Iona Community for 27 years, has served on several of its committees, has been a member of its staff, and has edited Coracle, its magazine. She is an experienced writer, preacher and trainer/mediator and brings wide-ranging skills in partnership development, reconciliation and conflict transformation and ecumenical work.

Currently Director of Place For Hope (“accompanying and equipping people and faith communities so that all might reach their potential to be peacemakers”), Ruth has been involved with that charity since its inception in 2009.